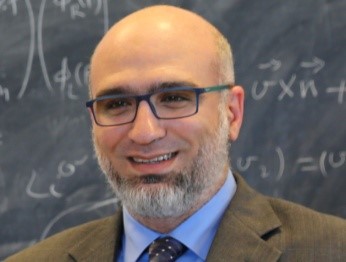 Dr. Maarouf received his Ph.D. in theoretical condensed matter physics at the University of Pennsylvania, Philadelphia, in 2002. He worked on modeling the electronic properties of various carbon nanotube structures with Benjamin Franklin Medal Laureates, Charles Kane, and Eugene Mele. He then joined Hilbert Technology Inc., working on the mathematical modeling of databases using vector space models. He then worked as an assistant professor of physics at Cairo University, Egypt, from 2003 to 2006, when he joined Hilbert Technology Inc. again until 2008. In 2009, he joined IBM Watson Research Center, focusing on the computational modeling of graphene-based structures. In 2014, he became an associate professor at Zewail City of Science and Technology, Egypt, where he received the Professor of Excellence Award in 2016. He joined the Institute for Research and Medical Consultations at Imam Abdulrahman Bin Faisal University, KSA, in Sep 2017. His research experience is in analytical and computational modeling of materials properties at the atomistic and mesoscopic scales.

He has a professional research profile with many published research papers and succeeded in acquiring international patents. His recent research has focused on using first-principles calculations for studying the properties of some novel materials to utilize them for various industrial and technological applications. These materials include graphene/carbon nanotubes hybrids, graphene nanomeshes, two-dimensional boron nitride, and transition metal dichalcogenides. Other research interests include the physics of low-dimensional systems, bioinformatics, and text mining.
Back to advisors page
All Copyrights Reserverd © — ReNile 2022